Christmas is all around, Tokyo

Naively I thought that I might escape the ever elongating Christmas lead-up here in Japan. I expected that Christmas would be celebrated by a country which lays on festivities for Halloween, Valentines, St Patrick's day and everything in between, but was not prepared for the suddenness with which Christmas descended. In typical Japanese fashion the season has arrived, every bit as merry as in the UK, but far more organized.

On October 31st Shibuya was awash with orange and black; shops, restaurants and kareoke bars filled with all manner of witches, vampires, and, for some reason, pokemon characters. On November 1st the theme became decidedly more glitzy. For instance, this happened: 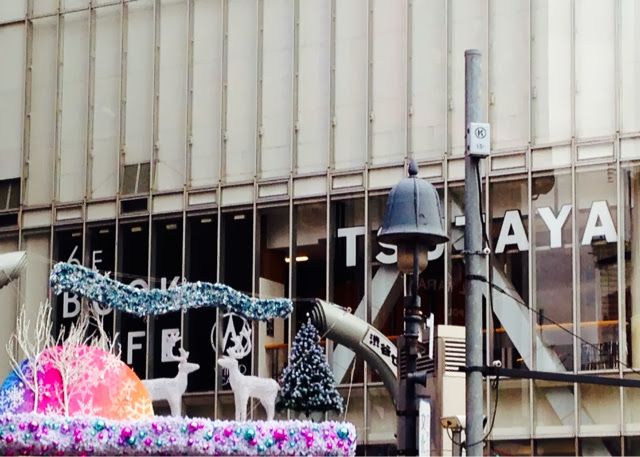 And (not that Starbucks is the best barometer of Japanese culture, but is ubiquitous here, and very popular among natives and gaijin alike) this: 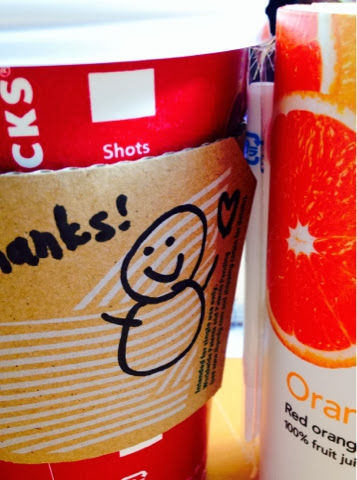 Sitting in Starbucks - the peddler of my new addiction, Matcha Frappuccino - on November 1st, I practiced my kanji to a playlist of Jingle Bells and Wonderful Christmastime, and smiled at the sheer ridiculousness of being told to have myself a merry little Christmas on the first of November, in the still humid weather.

So Christmas fever is here in Tokyo, characteristically punctual. The actual day is quite different from Christmas in the UK, though. Friends tell me that in Japan Christmas is decidedly not a family affair. The usual thing to do on Christmas (celebrated on the 24th, and as such more in line with Scandinavia than the UK) is to go out with friends or partners to an izakaya (bar) and get wasted in a good old 'nomihodae', or all you can drink. かんぱい!

You wouldn't do this so much on New Years though - New Years here is a time to go out for a meal with your family. Oh, and hear Auld Lang Syne piped, on repeat, in department stores (though apparently that happens at other times of the year, too).

My favourite image of Christmas in Japan us one that Jim told me:

In Osaka a few years ago local authorities, decorating for Christmas, understood the festival's twin Christian (the nativity, Jesus, etc) and commercial (presents, Father Christmas) significance in the west, but not quite how these two worked together. Their municipal decoration? Father Christmas, being crucified.
Posted by amenimo at 19:17